This version of the machine worked between 2015 and 2016 and underwent several evolution ( there was even 2 models)
It allowed us to discover machine embroidery in depth and mechanical and technical constraints. 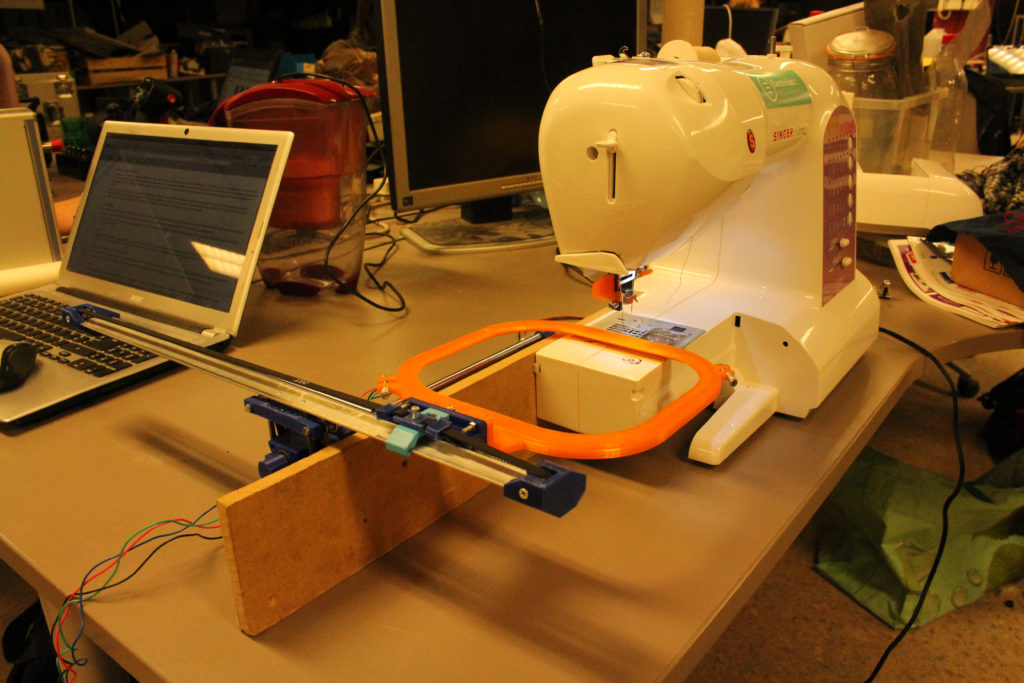 the first model worked up until the CCC2015 (summer). We could then present the project to the MakerFaire in Paris  in 2015, we also received some feed-back from pros.

the idea to developed the sotfware also appeared around that time and it’s developing began in spring.  During the CCC it was in it’s very  early stage but we were still able to make some demos that worked! 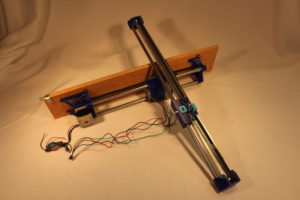 Regarding the mechanic, the design was almost completely 3D printed (with Blender as 3d software) which allowed us the correct some conception flaws.

Compactness constrains, adaptability to different machines and of fairing were taking into account  as of version 2.

Contrary to version 1, the movement is coming from the  straps (GT2, 6mm wide) to increase the motion speed (which was too slow with the screwballs from the V1). We went from 4mm/motor spin to 4cm/motor spin  which allows us to make 1 cm stitches by 10 stitches per seconds (600 stiches per minutes our maximum speed of our machine).

The axis were guided through steel bars rectified of 8 mm  (2 for X and 1 for Y)on which ball bearing were rolling.

We had to create and pint in 3D a special  foot to place the sensor on it , which we discovered later on was an error to do. Indeed without a presser foot  the fabric while pulling up prevent the thread control to catch the thread and skip the stitch..  we learn everyday… 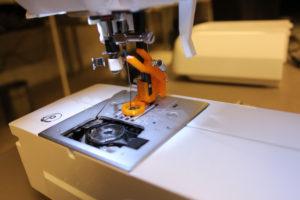 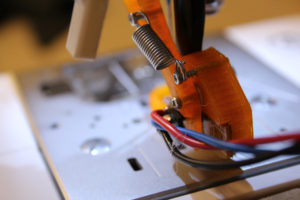 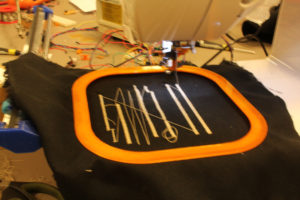 the embroidery frame was also printed in 3D the control it’s height, it was a part of the set and we couldn’t remove it easily, which as time went by was really annoying and also was a weak point for our machine faced to machines on the market.

The electronic was remade based on an evaluation card from ST Microelectronics, the  STM32F0DISCOVERY, which, b a developing a bit complex offered us a better speed, then the arduino used for V1 We used a prototype board sold with to add our other components. 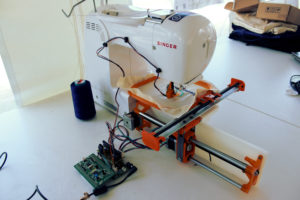 During the CCC we released a second model.
The electrical and mechanical parts went through no changes  (we shrunk it a bit to be less fragile and to carry it more it easily),the main evolution were on the foot and the fixation of the set up.

We used a foot from the market, easy to find and hack, to put our sensor . This object help a lot with the jamming problems and stitches missed by the machine  (the thread of the top wasn’t always grabbed by the claws) and allowed us to drastically go faster to make any pattern)

A few emulation tryouts from the pedal to the machine were failures. It still is a priority objective to make the machine autonomous. 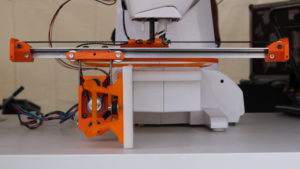 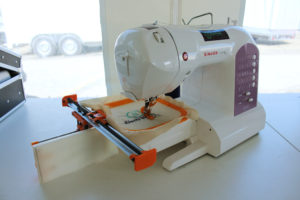 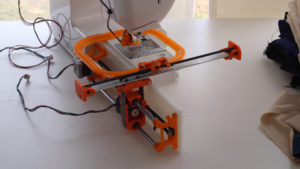 The CCC gave us the opportunity to present our project to the community (in English)you can find the presentation and the slides on the downloading page.

the second model worked up until  the end of summer 2016. Thanks to it we were  able to enter the embroidery world, find tricks (stabilizers are life) and helped developed and test the software in he idea that it is always changing and getting better. 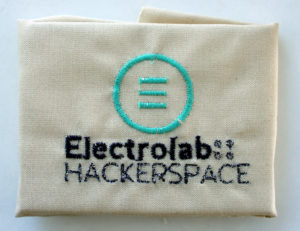 A few flaws emerged and will need to be correct in version 3:

First test of the V2 mechanics with the old V1 electronic.