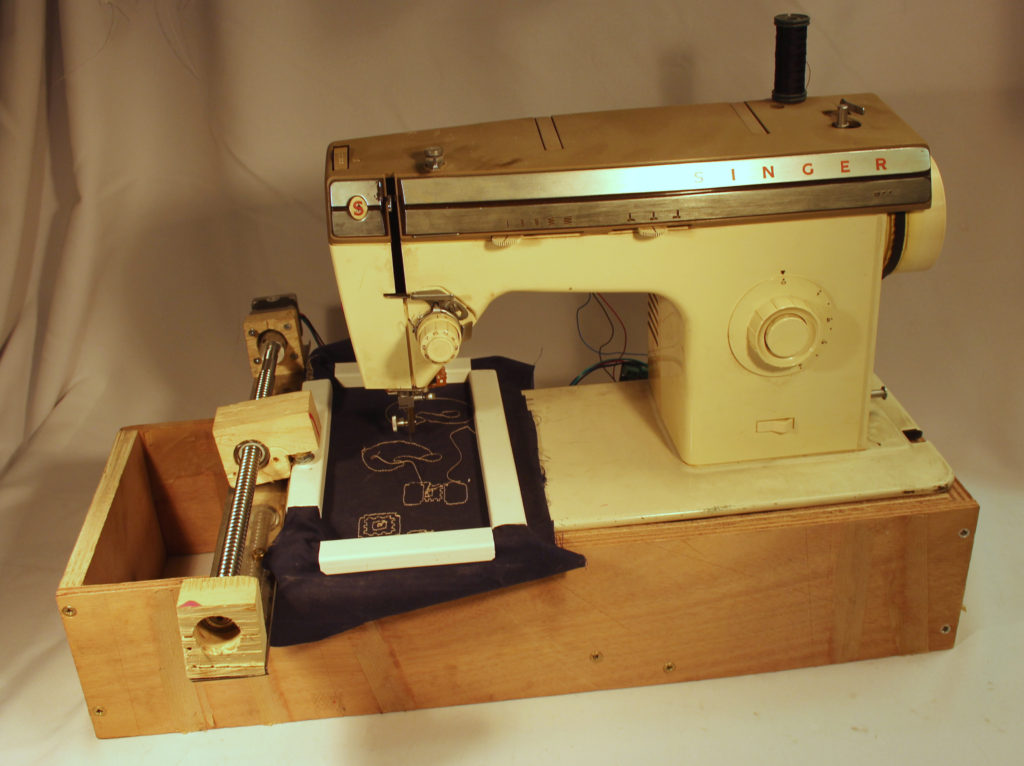 The very first version of the embroidery machine was built very quickly toward the end of 2014, based on materials available in the Lab.

It was built directly from an old machine from the 60ies. It’s base was rectangular.
The mechanics were fixed on a sort of frame (4 planks of wood shaping a rectangle) on which the machine was put on. 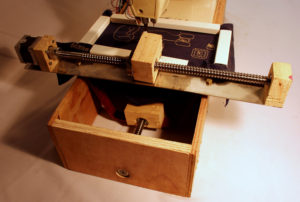 It was made up of a ballscrew located right under the machine with a stepper motor at the end of it.This ballscrew was supporting a V frame rising on the sides and holding the other axis just above the frame.
As for the embroidery frame it was made from glued electrical racks (The electrolab was in repair and that’s all we had the 31st of December) 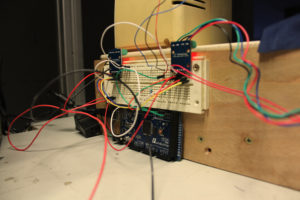 This very badly made mechanic wad piloted by two very cheap stepper driver plugged in a test plate and controled by an arduino.
The patterns were input in the arduino thanks to a short python conversion script  SVG->C array. It forced us to reprogram the arduino each time. 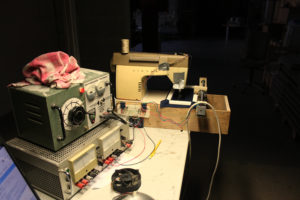 Despite the construction quality :p The speed of the engines wasn’t enough to make the machine work on nominal speed (these old machines didn’t have different gears). We had to slow it down thanks to a autoranformator, that instead of feeding 220V gave it around 100V.  Problem: the ventilation of the engine was secured by it’s rotation  (the vent was directly on the axis) it overheated so much it started to smoke…. an non negligible accessory was brought from then a fire extinguisher :p

The results we obtained were above our hopes. It was a real success ! 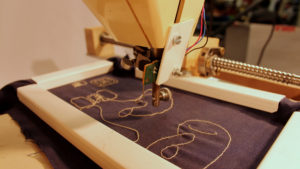 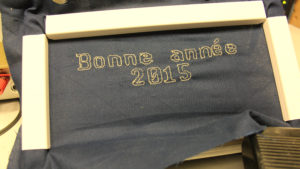 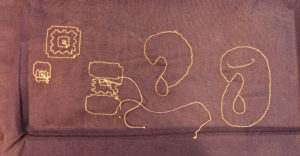 This prototype allowed us to think of what we needed and encourage us to pursue with a more advanced machine.
The sewing machine had to be changed with a less smoky one and able to regulate it’s own speed; The ballscrew had a step too weak (4mm) to allow very fast movements, the stepper motors were working but their bad quality  had no reliability and small torque, limiting the possible accelerations ( which would allow us to embroider faster)

So we initiated the second version with the idea to make it usable for all members of the Lab.